This week, classes across the Trust had a special visitor. As part of a virtual performance by local company, Theatre Alibi, Janet the Astronaut made a visit to each class. The performance, titled ‘Down to Earth’ told the story of Janet, an astronaut who has had enough of being in space. Feeling cooped up, missing the people she loves and fearful of the constant danger, she decided to make a run for it. In desperation, she headed for home in her little space pod. Only she got her sums horribly wrong and found herself on our primary school playground…

Janet told the children all about life in space and answered lots of questions about everything from eating space food, to brushing your teeth with no gravity. The performances were a great success and we even managed to help Janet to find her way home. Each performance was accompanied by beautiful animations and an opportunity for interaction between Janet and each class through a message board.

Thanks to Theatre Alibi for keeping the magic of performance alive during these times. 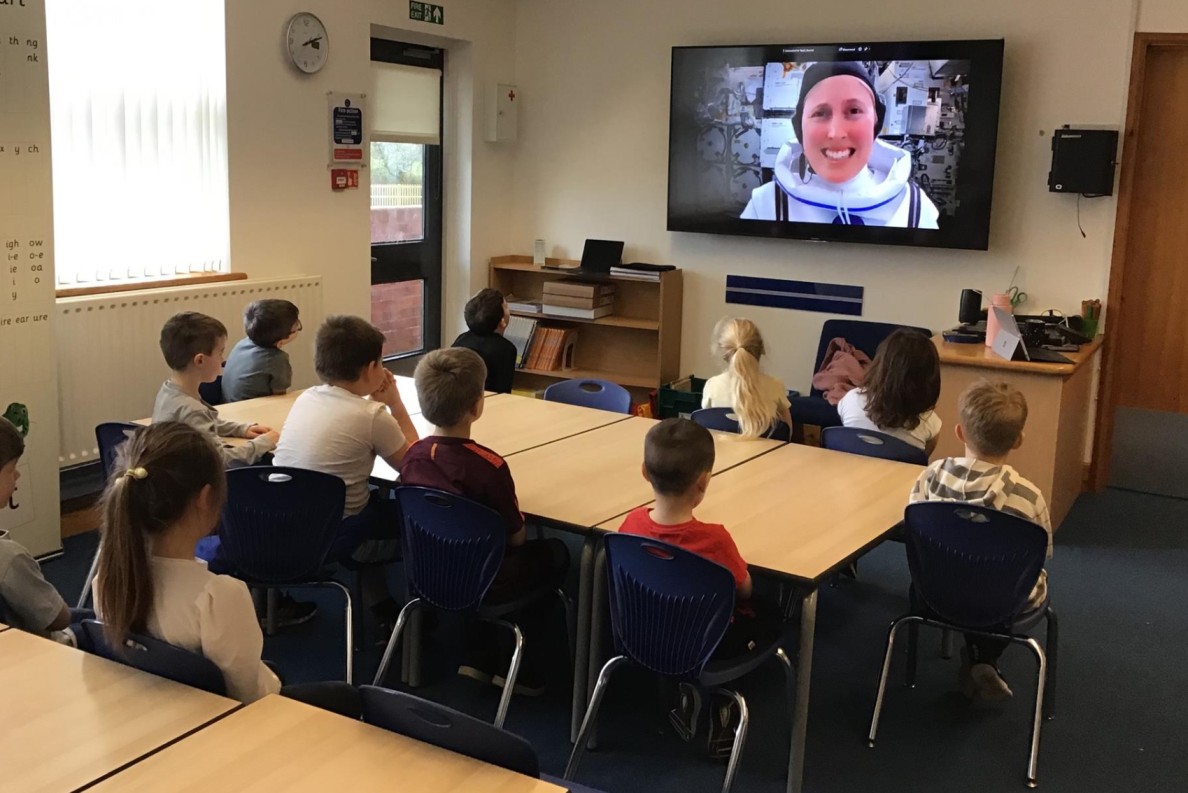