Key Stage One and Early Years created their own musical maps in their Music lesson this week. In the previous lesson, the children started to learn about notation, and they created their own compositions. They thought about different shapes and patterns that can be used to represent sounds.

This week the focus was on composing music that told a story.  During the lesson, the children listened to the story ‘We’re going on a bear hunt’ and looked at different drawings which were linked to the parts of the story. They then thought of sounds for each picture. Finally, the children performed the sounds from the story by looking at pictures and shapes.

The Key Stage One and Early Years children then made their own musical map for the story ‘A journey home from Grandpa’s’.  They thought carefully about patterns and sounds that they could use to represent the different parts of the story. They composed by writing their musical map and they then performed it as a response on Flipgrid. 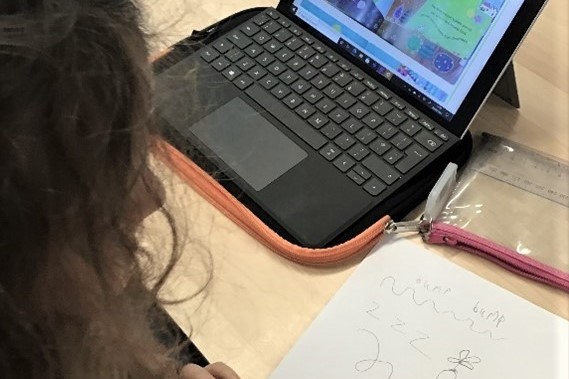